Earlier this year you may have seen me posting all about the keto diet on Facebook and Instagram, I even wrote an article about why I was going to try to keto diet, mostly for the purpose of training for the Georgia Death Race and the Mojave Death Race. Basically, I wanted to conduct a new dietary experiment on myself. Now, I’m no Doctor or Scientist so my conclusions are mine and mine alone and are based entirely off of what I personally experienced, with that said, I spent over seven months adhering to an extremely strict ketogenic diet with intermittent carb cycles that would last no more than a 24-48 hours before I would return myself to ketogenesis.

In my experiment, I discovered this diet was very effective in maximizing energy stores that I could tap into, especially for the purpose of enduring ultra-marathons and other long distance endurance events. During this experiment, I had a few blood tests conducted through the InsideTracker program, which enabled me to analyze the results of my diet and get a snapshot in time as to how this diet was changing various biomarkers.

Before I dive into my results, let’s review some of the most interesting benefits I experienced while I was on a regimented Keto Diet.

Keto definitely had its perks but when it comes to finding a sustainable diet, there were some issues I identified during my experiment that made me believe this diet is not something you do all the time but for a specific purpose. Let’s take a look at my results and then we can get into the nitty-gritty on why I stopped strictly following the ketogenic diet after experiencing all the benefits above.

One of the main concerns almost everyone has about the Ketogenic diet is the high-fat content. “Isn’t that going to raise your cholesterol?” Well, yes, yes it did. It 100% raised my cholesterol. Thankfully everything went up in a very balanced manner and my ratios always remained “good” however, the fact that everything did elevate was one of the big red flags for me. In my family, high cholesterol is hereditary. The reality is, I ain’t got no time for voluntarily raising my cholesterol knowing it could pose an issue down the line for me, especially given my family’s genetics. This is the primary reason I decided to give up on the Keto Diet among others, here’s why I’m stopping Keto and how and when I plan to use this specific diet going forward 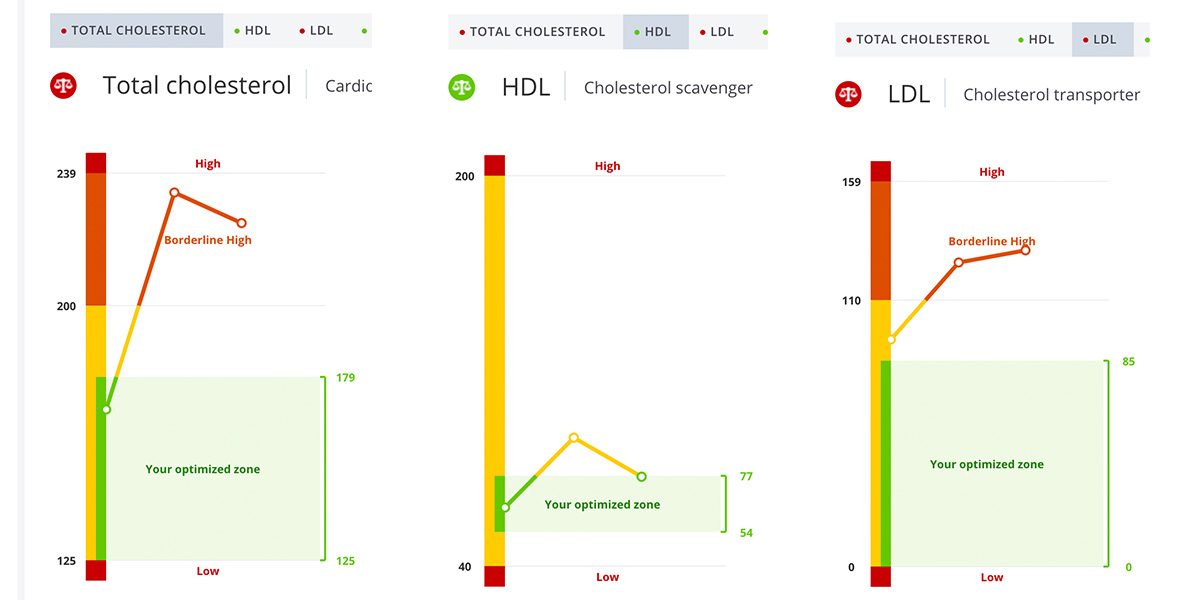 So you may be wondering, when would you use the ketogenic diet, if ever? Here’s the thing, the diet is quite incredible, it can help people lose weight, it can help endurance athletes go longer with less in-race food consumption and stomach pain, but doing it year round is not sustainable. When it comes to preparing for a specific event, I could totally see myself utilizing the diet to get myself into ketosis and harness all its benefits but I don’t think I would do it for more than the month leading up to the event.

If You Go Keto, Do It the Right Way

If you decide that you would like to try the diet, there are a few key things you need to do, to do it right.

It’s a very challenging diet if you want to succeed and get the results you hear about all over the web. Remember, this is just my personal results from my experiment with this diet, we’re all different, we all have different bodies, find what works to optimize your personal performance.

RECEIVE 10% OFF ANY INSIDETRACKER PLAN WITH CODE: LATIGRE

Have you tried the Keto Diet?
How’d it go?