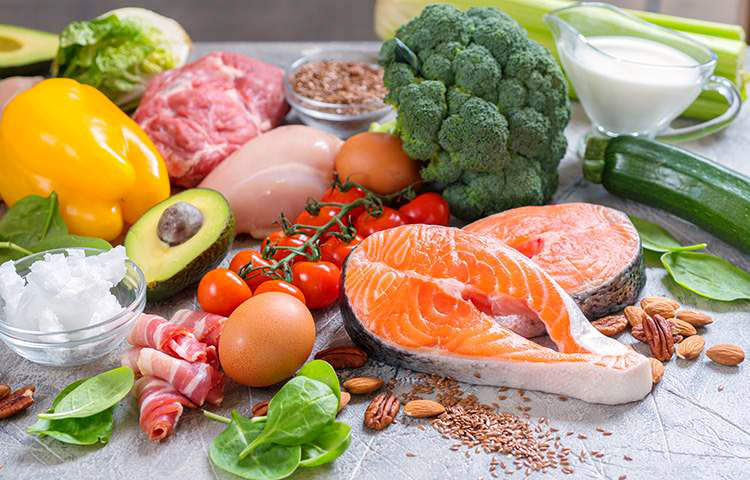 It didn’t take long for me to notice a new trend emerging in the endurance community. Within one week I had heard from five or six of my friends about how they were “going keto” and suddenly I was intrigued as to why all my friends were flocking to this dietary change.

For the longest time, I subscribed to a low-carb diet, not quite as low as the ketogenic diet demands, but low enough that going keto didn’t seem that out of the realm of possibility for me. The biggest concern I personally had about switching my body from utilizing carbs and sugar for energy to becoming a fat-adapted athlete was the fact I’d have to give up my beloved bananas. For basically my whole life, I’ve always started my day with a banana, but this one fruit would prove to be the catalyst for me to slip into ketosis.

There were 5 distinct things that stood out about the ketogenic diet that convinced me I need to give this diet a whirl.

1. Decrease dependence on sugary gels during endurance training and events
2. Eliminate or at least minimize stomach cramps from eating poorly during ultra-marathons and endurance events
3. Teach and train the body to efficiently and effectively utilize access to abundant body fat stores
4. Enhance daily output by improving overall mental focus and concentration throughout the day and eliminating the inevitable sugar crash
5. Optimize diet to improve athletic performance, health, and longevity.

In early December, at the SISU 24: Adventure Run, I had already been hearing about a bunch of my friends making the switch, I was already contemplating it a bit myself, and then my friend Dave Lokey informed me of his switch to keto and how he not only lost a bunch of weight after being injured, but he also managed to go on 30 mile LSD (long slow distance) runs without having a need for any sort of fuel being ingested during his ultra-marathon distance training runs. I was blown away. I couldn’t believe it was possible to run for that long without needing to eat, knowing my body I’d be bonked over on the side of the road if I tried to run that far without refueling. I was colored with intrigue. Not only was Dave not experiencing the pains of having to digest sugar gels or blocks, but he wasn’t feeling the need to eat at all since his body had become a fat-burning machine.

After the SISU 24, this intrigue grew even further. You see, during the event, around the 12-hour mark, my stomach began feeling the impact of eating all the shit I was putting in my body to keep myself moving. All the quick carbs and sugar that you get from eating Clif Shot Bloks, and Skittles, and Trail Mix, among other things, had my stomach in a small knot. It was debilitating by any means, but if I could change my diet and prevent this from happening entirely. That would be more than worth it to make the switch to keto.

A lot of us ultra-runners and endurance athletes, always joke about how we love doing these events because of all the shit we can eat since we’re burning some 10,000 calories a day during these multi-day events. But the reality is, a lot of us feel like shit when we do this. It’s completely counter-intuitive to what we’re trying to achieve, but your body is burning so many calories, the theory goes… EAT ALL THE FOOD. Sometimes…it works…most times, it doesn’t without some consequence.

With the SISU 24 experience in my bank of ultras and endurance events, I knew it was time to try something different. I needed to find a better way to sustain energy to get through these events without the risk of having stomach issues mid-race/event. I asked Dave about how he went keto and he had two books on his coffee table that he shared with me, The Ketogenic Diet For Athletes: The Ultimate Guide To Improving Athletic Performance

and The Art and Science of Low Carbohydrate Performance

. These two books provided me with all the knowledge and facts I needed to convince me 100% that it was time to experiment with this keto diet I had been hearing so much about. (Try Audible and Get Two Free Audiobooks

Knowing that the Keto diet involves 70% Fat, 25% Protein, and 5% Carbs, as I began to read these books I slowly started cutting the carbs. This idea couldn’t come at a worse time, the holiday season when everyone is making all the bad but delicious food you can imagine. Throughout the holiday season, I did my best to wean myself off carbs, but I didn’t go straight into full keto because there were too many instances where I could accidentally come out of ketosis. With that in mind, I did my best to cut out my usual brown rice with quinoa and my sweet potatoes. The one thing I really didn’t want to give up was my daily banana. I held onto that treasured fruit until the first week of the New Year and with that New Year, I finally gave in and cut it out. Almost instantaneously, I found myself in ketosis. Okay, realistically, it was the next day, but sure enough, that was the one carb that kept my ketone strips showing only trace amounts of ketones. Once 24 hours had passed without the consumption of a banana, I found my ketones move up the chart into the small-medium amounts. Ketosis, achieved.

Now that I’m going keto and experimenting with this diet that revolves around the concept that the human body will use fat primarily as a fuel source, I am learning a lot of information and I'm taking in a lot of data points. It's fascinating and I have a lot of information to share with you about this experience.

Over the next few weeks I will share with you some of my favorite keto recipes that I find, updates on how the keto diet is affecting my training, and ultimately, I’ll report back to you about how this keto diet fairs at my upcoming ultra-marathon, The Georgia Death Race - a race that will take me across 68-ish miles of unrelenting terrain that includes 40,000’ of elevation change.

To stay up to date on the latest sign up for my newsletter, I promise I don’t spam, I hate spam just as much as each of you, I’ll only send you an occasional update. Scouts honor.