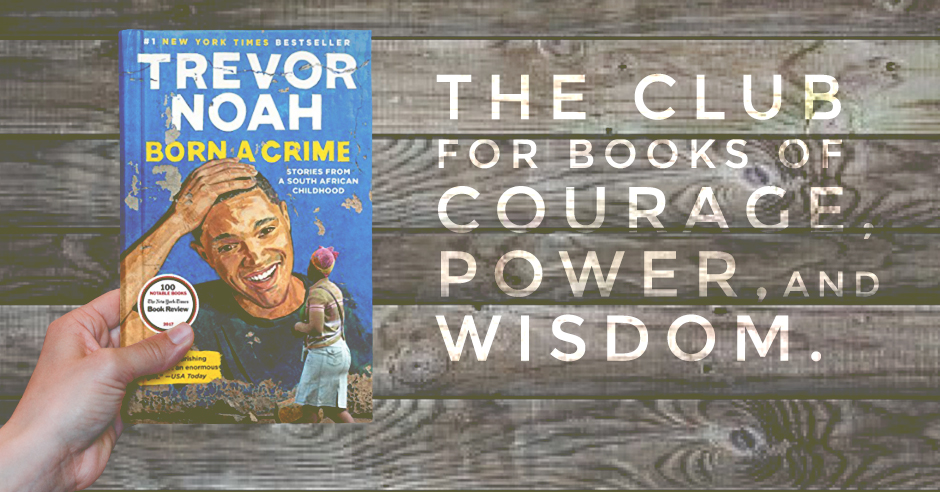 You may know the name Trevor Noah from his role on Comedy Central's, The Daily Show with Trevor Noah, what you may not know is about everything this young African born man went through just to get to where he is today. It's no easy road, growing up in Africa, being literally "Born a Crime," the road for Trevor was paved with many obstacles, but with a mother as badass as his, he became unstoppable.

The book mostly focuses on Noah's youth and young adult life; he grew up during the apartheid in South Africa. The apartheid as Noah explains was this government-imposed segregation and racism that was deliberately done.  Creating a white nation was the main purpose of it, and because the worldview that was created by the apartheid was so deeply ingrained in the people of South Africa, it had detrimental effects that persisted even after the apartheid officially ended.

Noah continues to show the effects of the apartheid throughout the book by discussing his early life with his mother, and then he shifts to his young adult life retelling stories of his dating mishaps, entrepreneurial endeavors, with one that reminds me all too well of my first one in 8th grade, and how he searches for his identity through all the friends he makes. It's a story of how he never really belongs no matter where he goes in South Africa because of the rippling effects of the apartheid.

Well, for one if you like Trevor Noah at all, it's a great story, and it gives you a different level of appreciation for how much he has achieved. For my reading of this book, I opted to listen to the audiobook, and I'm so glad I did. It was an absolute delight, hearing Noah tell his stories, and hearing his voice do so really made the story come to life. It made me feel even closer to him, and it gave me more emotion than I think I would have felt had I read it in my head in his voice.

With that aside, the other reasons you should read this are because of the perspective it gives you on racism and the wisdom you can gain from hearing what it was like to grow up in South Africa during the apartheid. The more angles and lenses and ways we can look at life, and understand how others are raised, and under what circumstances people grow up, we can begin to understand how to better interact with each other. We can be kinder to each other. We can learn from the mistakes of the past. After listening to Trevor tell his story, it gave me a new perspective and from that, I've gained more wisdom.

Join The Club for Books of Courage, Power, and Wisdom.
Simply sign up for the newsletter and/or join our discussion group on Facebook.