Leading up to the event I felt something I haven’t felt in a long time, not since I was working full time and attending grad school full time – about two and a half years ago, though it feels like a decade – I was stressed out. Coming back from Colorado I realized how little time was left until my second Legend of the Death Race Adventure Race, a program the started as a grass roots project to give people a simulation of what to expect at the Death Race in a shorter under 24 hour time period. Why was I so stressed though, I had everything ordered that I needed, banners arrived before I even arrived at Marxville Farm, t-shirts were picked up that Monday of the race. Everything was in place except for the marking of the course and I had already figured out at least 80% of the locations and paths – both on trail and off trail – that I would utilize weeks ago. So why after all the preparations was I so panicked? Because sometimes my passion for perfection gets the best of me.

Come Thursday morning around 8:00AM I had finished marking the course and finally was able to lay down and take a nap. Only a few odds and ends needed to be finished before the race began the following evening. The fear and stress started to fade and I set to work on finalizing some of the mind games and watched a few different videos to get me motivated for my role in torturing the racers for the next 24 hours.

After watching some clips from Full Metal Jacket and a other various motivational videos such as Rocky’s training in Rocky IV, I found myself ready to rest. The next 24 hours would be orchestrated chaos. It was glorious. We had 21 registrations, 12 participants showed up and only 4 would go on to finish. But I won’t go into all the details. I’ll let our female finisher, Andé Wegner tell her story.

“I’m bruised, I’m battered….but I’m not broken. Today, I finished the most difficult race I had ever undertaken and became the first woman to ever finish Legend of the Death Race.

A brief rundown of what happened during the race:

A big thanks to my mud brothers Dan and Ian for agreeing to undertake this challenge with me. Your presence helped me more than you’ll ever know. I’m proud of both of you for going as far as you did!

Nick, John, T.J., Tom, Rodrigo, and Steve – you are all top notch people and I am proud to have raced this with you. Anthony Matesi – great job on putting together an amazing race, and I look forward to racing with you at the DR in June.

You tried, Death, but you did not succeed. Next stop , Death Race where we face off again. I assure you will not go easily.”

This was an incredible second event and I cannot even begin to thank everyone who helped and was involved enough. Chad and Lisa are always the most incredible hosts and I cannot thank them enough for all that they do to help me organize and host the Legend of the Death Race Adventure Races. My volunteers this year were just awesome and I could not do it without you so thank you Candie, Matt, Dion and my father Rich. You all helped make the event that much better. 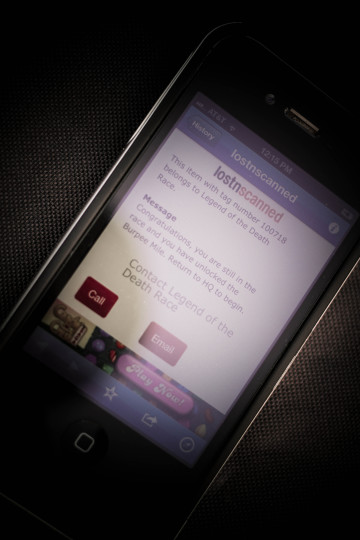 In addition to the support from all the volunteers, I also have to thank our sponsors for their donations, Innerzyme thank you for donating the samples and prizes. ZICO donated a few cases of their delicious coconut water for to keep our athletes and volunteers hydrated. Spartan Energy provided us with the energy boost we need to get through the 20-24 hours of mayhem. I also have to make a shout out to the startup company that I’m working for LostnScanned they provided us with tags to use for our puzzle challenge. Once the puzzle boxes were opened the racers had to have me scan a LostnScanned tag to unveil their next challenge – which was the Burpee Mile – it was a pretty cool tie in and made for a neat way to dictate second to last challenge of the race. 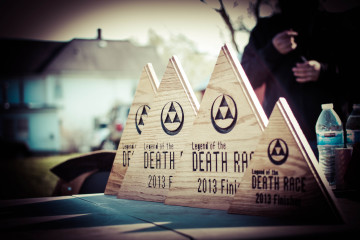 Once again we’d like to congratulate our Top Finishers, Nick Monette came out of nowhere like a silent ninja and won the whole thing, taking second was Jonathan Nolan – Founder of the Corn Fed Spartans, Tomasz Boltruczyk took third and we also had our first female finisher who gave us our recap above, Andé Wegner. Congrats again to all of you who participated and pushed your limits. You all inspire with what you do. Keep it up and we’ll see you at the Spartan Death Race. For those of you interested in the Winter Adventure Race, registration is now open. Spring 2014 Registration and new locations will be announced soon so stay tuned.