The further away from the cabin I found myself going, the more cruel I felt Josue was. At times I found it difficult to wrap my head around how I found myself here. Why did I sign up for this race? Why do I continue to put myself through these ridiculous challenges that bring out the primal nature within? I started questioning myself but the first answer I came to and always will come to when people ask “Why? Why do this? Why put yourself through something like that?” Because I can. It was as simple as that, and with that thought, that knowledge, I did what I had to do and I carried on and continued along the path Josue laid out for us. Up and down the hills, moving further and further away from that tiny beacon of hope. That cabin on the ridge.

In my mind I already knew reaching that cabin meant a few things. It would be the next source of water. My next challenge would await me and perhaps I would be that much closer to finishing this extraordinary race. In my haste to leave the fire pit I did not refill my water. That last time that I enjoyed the refreshing taste of water that I had to purify myself was during my last few attempts at starting a fire.  It became apparent that unlike most races I was not taking my nutrition or my hydration very seriously.  I was not eating as much as I normally would during a race of this magnitude. Upon that realization I thought back to other racers where I had been laser-focused on my nutrition and yet even with that perfect balance of carbs, protein, potassium and all the other important nutrients needed to succeed there were many races where I still had issues. Back in Vermont at the World Championships Spartan Beast I even had issues. Somehow out here in the foothills of Texas, my lack of nutrition or focus on it had little effect. In fact, I felt quite wonderful. My body was doing well, the feet – while suffering from the technical terrain and lack of protection, I found it wasn’t all that unbearable.  My mood was starting to lift. My face began to pull itself up and I could feel an enormous smile forming, ear-to-ear. In the silence around me with only my thoughts to guide me I knew it was true, I love this shit. This is my happy place. This is what I, what we (as a species) are born to do. Astonishing. Being alone can either be the worst thing or the best thing, it’s all about perspective. That’s what this moment was. It was that feeling of enlightenment. This entire race was a meditation. I was finding myself yet again. And even though I did not succeed in making fire, even though I was unofficially moving forward one step at a time in this race, even though I was all alone with no one to talk to, I was happy. That’s why I do this. That’s why I challenge myself and find myself alone, whether it be in the woods of Vermont of the Hills of Texas, I do it for one reason and one reason only. To find my happy place. 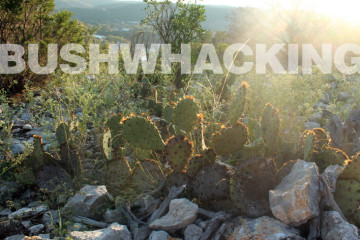 Almost within an instant of making that connection, my happiness was tested. My concentration had strayed away from watching my every step and in that moment of bliss my foot came smashing down into a patch of prickly pear cacti.  What felt like a 1000 needles pierced my skin, sticking deep within the tips of my toes and the top of my foot. “DAMMIT Josue!!!” That’s the edited version of what I really said. Profanities became my vocabulary for a brief moment, but I would not let this ruin my mood. I couldn’t. This is what I signed up for. This was my choice to take on this race and a few needles in my foot was not going to break me. No. I wouldn’t let it.  So I picked all of them out with as much haste as I could trying not to miss a single one. (Even after a month I still found needles buried deep within my toes.) 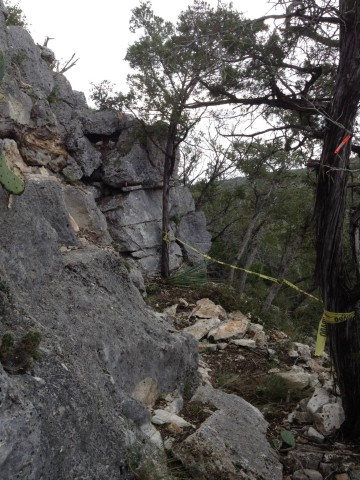 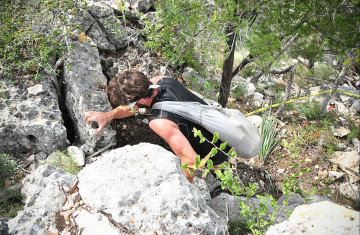 From there I continued on my way toward that distant cabin that loomed over the cliffside almost mocking me. I needed water bad and that cabin was my source. I needed to pick up the pace. Nearing the last stretch of trail leading to my next challenge Josue started taking us up a very interesting cliffside.  The brush became thicker and I found myself ducking under branches while trying to find the right footing as began to scale my way up the cliffside. I was even faced with having to do some bouldering just to make it to the top. This is so badass, is all I could think. This adventure was proving to be one of the most complex, riveting challenges that I have faced to date. As much as I found my self cursing Josue, I found myself loving the brilliance of his twisted creation. 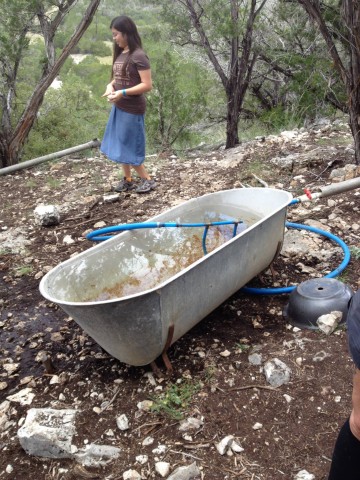 Placing my hand on the boulder that protruded from the cliffside I pulled myself up over that last ridge and a feeling of relief swept over me. I made it. Finally, after all those moments of false hope I had arrived at the cabin. I was greeted by a very jolly man who as it turned out was the father of the two boys who had been “taunting” me with their superior fire making skills. 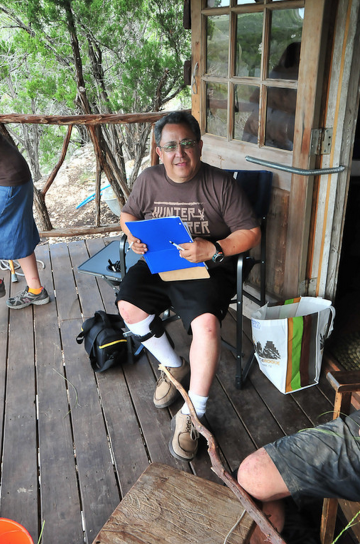 As had become the standard at this point I asked him the same question I asked each time I arrived at a challenge. How is Corinne doing, and how long ago had she left. It turned out I wasn’t too far behind but she had left over an hour ago. I really wasted a lot of time because of my absent-minded loss of my knife. I needed to finish the challenges here fast so I can make up more time on the course. Before that though I needed to take care of the most basic of needs. I needed water. I asked where I could fill up my canteens and was pointed over to a cow trough. Are you kidding me? I walked over to it and it was disgusting. Filled with mosquitos and gnats. I turned everything off in my mind and just did what had to be done. I purified over 3Ls of water with my SteriPEN there, drinking one of the liters before finding out what challenges await. 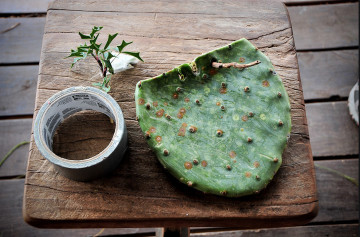 Along the way we were supposed to gather Juniper berries and algarita. I had grabbed mine before even leaving the fire-making challenge and stuffed them inside a wrapper from my GU Chomps. After presenting those to the man, I was handed a test all about the qualities of those plants. From the airport to the race Corinne and I had studied the plant guide we were given by Josue. Since finishing graduate school I knew that the less I study something the better I usually do so I only reviewed the material as much as I felt I needed. The real test here was how well do I know my ability to retain information. As I waited for my test to be graded I wondered how I would do. Passing was 7/10…I nailed it. Only missing one question and realizing my mistake before he even told me which one it was. Feeling extraordinarily proud of myself I was ready for my next task. 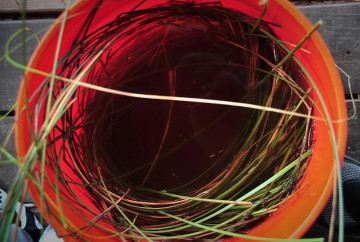 We were to take a few strips of Sotol fibers and we had to soften them up with a rock so we could make it into almost a string-like material.  Then we were to braid them together a total of 3 feet. Having grown up with two older half sisters and a younger sister, I found this to be way too easy. Once I finished I was presented with my beads for completing the first two tasks and I was given my final task before leaving the cabin. Make a Bow. This was it. One of the tasks I had been waiting for. The Bow and Arrow has been one of my favorite weapons since I was a wee little one. I went over to one of the Juniper and found myself the best curved branch I could. I hacked away at it with my KaBar and began to shave off the excess bark. I noticed some of the other racers were taking a significantly large amount of time to craft their bows. I was more concerned with making the time cut-off than anything else so I did not put in the time or effort that I would have liked to but felt I had made a fairly decent bow. I strung it up with some of the orange string I was provided and made my way. Once again, I was all alone. And I felt absolutely epic running along those trails, bow in hand.